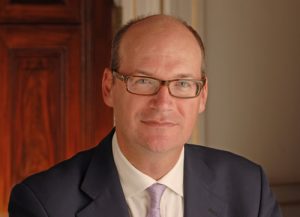 I have  been a poet for fourteen years; Writer, psychologist, doctor of arts and education, I was nominated five times for poet laureate. writings my first poem “guest of honor” written at fourteen, has become internationally recognized as an icon for young people Poets and several poems in high school is now what is a collector’s item “the sequencer”, rarely seen for sale on the Internet because of its traffic and demand to retain it as a classic. At the moment is working on several  other book.

“What the hell is he building in there?”

(When listening to some popular music and when viewing pages on this site (and some other websites), reading USENET or e-mail lists, driving down the freeway, listening to radio, reading the rags, watching TV, etc., remember this definition (from Merriam-Webster’s Collegiate Dictionary, 10th edition –

synchronicity
1 : the quality or fact of being synchronous 2 : the coincidental occurrence of events and esp. psychic events (as similar thoughts in widely seperated persons or a mental image of an unexpected event before it happens) that seem related but are not explained by conventional mechanisms of causality – used esp. in the psychology of C. G. Jung

Like for instance, I forgot a disclaimer, I’ll do it now –
The Camel sequence linked to below was sequenced with the assistance of Lawrence “From Chicago” Dorsey.)

‘The Machine’s Pump’ (A ‘Most Important’ Resource)

“Pretty Fly (For A White Guy)”
(The Offspring)

“Are you ready for the climb?”
(Yes – The Solution)

“We need to fix ourselves
on this plane, children”
(Michael Austin – City Dog)

From the New Hacker’s Dictionary –
airplane rule n. “Complexity increases the possibility of failure; a twin-engine airplane has twice as many engine problems as a single-engine airplane.” By analogy, in both software and electronics, the rule that simplicity increases robustness (see also KISS Principle). It is correspondingly argued that the right way to build reliable systems is to put all your eggs in one basket, after making sure that you’ve built a really *good* basket.

“We have a right to know”

Poets of the Fall